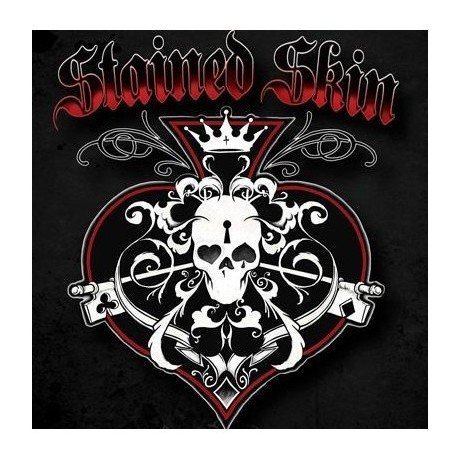 How practical is the material on the Stained Skin Training DVD’s?
There is material on each DVD that is suitable for all skill levels. Beginners and experts will gain great material that they can perform anywhere.

Won’t 13 year olds look ridiculous with tattoos?
One of the biggest misconceptions about this product is how the tattoos are used. They are only a means to an end and do not have to be used as what is perceived as tattoos. The tattoos aren’t limited to being used on your skin.

Stained Skin is not just a force, and a reveal of the tattoo on your arm. Nothing could be further from the truth. The tattoos will go on almost any object… a plastic milk carton in the fridge, on a see-through water bottle, underneath the stamp on an envelope, on your hand, your body, your clothes. This is your chance to USE your imagination. Another fact to keep in mind is that not all of the tattoo reveals on the skin are perceived by the audience as tattoos. Just because you know they’re temporary tattoos, the presentations will have the audience believing something completely different. We have routines where a tattoo is on a playing card, in a card box and as just mentioned common non-card objects.

I see temporary tattoos costing as little as fifty cents in the stores, why are yours so much more?
It’s simple – you get what you pay for. These are realistic top quality tattoos. One tattoo can last you four days or longer. A four pack of our large tattoos will only cost you $7.00 – that’s $1.75 per tattoo. Even if you’re just performing on the weekends, one pack of large tattoos will last you the month. That’s cheaper than flash paper and lasts longer. Tattoos that you apply to other objects (not on your skin) can last much longer. Buying in bulk brings the price down considerably.

Are Stained Skin Tattoos safe for my skin?
Yes. The temporary tattoos are simply made from ink and glue. Every single temporary tattoo that we sell is completely safe, non-toxic, and hypoallergenic.

Isn’t this just a knock-off of Bruised?
Absolutely not! The Stained Skin tattoos were created in 2005 and were released as part of a special E llusionist promotion – this was before Bruised was on the market. Secondly, Bruised is essentially one effect – a reveal in the form of a bruise. Stained Skin isn’t limited to one effect and in fact it is possible to use several Stained Skin effects in one show as each effect is unique.

Isn’t this just a knock-off of Mike Bent’s Tattoo Tale?
Again, no it’s not. That is using a tattoo to reveal a forced card. Stained Skin is not limited to cards. The tattoos include a newspaper section tattoo, a portion of a dollar tattoo, coin tattoo and bar code.