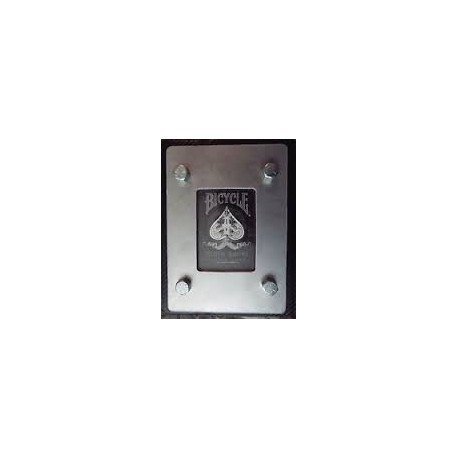 To own one is to have full bragging rights
The Ellusionist-created Bicycle Black Ghost First edition deck (circa 2005) has become
something of legend. These decks became available in 2005 and since then have become an ultra-rare and highly-sought after collector’s item.

Only 5000 decks were made at the US Playing Card Co.

Most of these decks have found their way into magicians' hands rendering them all the more unobtainable.

These decks are completely exclusive and are not even sold on this site.

The Black Ghost First Edition decks are quickly becoming extinct. It often commands $500-$700 on eBay, so to own one is to have full bragging rights."