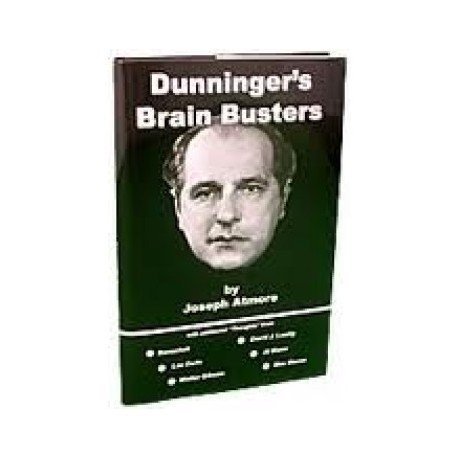 .For most of the 20th century, The Amazing Dunninger defined the term for mentalism for the American public.

He pioneered TV and radio performances based on his original "Brain Busters" routines. Joseph Atmore has spent years collecting these Brain Busters and with the help of some of the greatest minds in mental magic, he has analyzed these often bold and sometimes simple miracles.