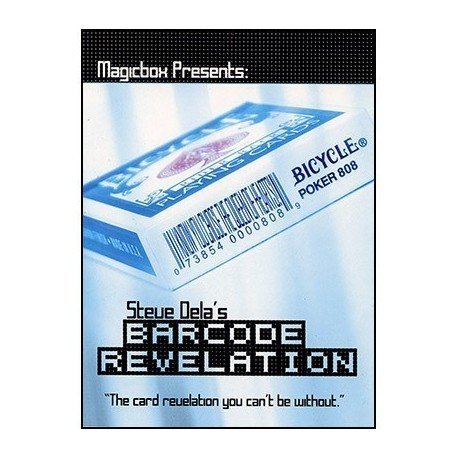 Barcode Revelation by Steve Dela Effect A card is selected and returned to the deck. The cards are shuffled and the magician, very confidently attempts to find the chosen card! After a few failed attempts, he asks the spectator the name of their card. "The Queen of Hearts," the spectator declares. "Really," the magician responds, "thats strange because that is exactly how much I paid for this deck!" The spectator looks confused, and the performer picks up the card case and instructs them to look at the barcode. It reads, "I KNOW YOU CHOSE THE QUEEN OF HEARTS!"